Residents of TEA Gardens were shocked after a double death on Thursday.

Shortly before 1:40 p.m. on Thursday, March 24, 2022, emergency services were called to the Pacific Highway at Tea Gardens off Viney Creek Road West after reports of a crash involving two cars and a motorbike. 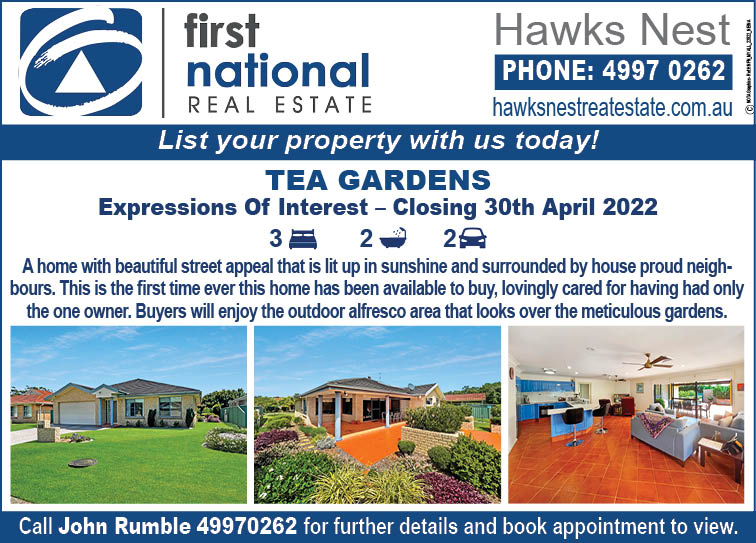 Police have been informed that an Isuzu D-Max van traveling south collided with a motorcycle and a Toyota station wagon, both traveling north.

The driver of the Toyota was trapped by the containment; however, she died at the scene shortly thereafter.

A passenger in the Toyota was treated at the scene by NSW paramedics before being taken to John Hunter Hospital.

The driver of the Isuzu suffered minor injuries and was taken to John Hunter Hospital for mandatory testing.

Officers from the Port Stephens-Hunter Police District have established a crime scene, which will be examined by specialist officers from the Accident Investigation Unit.

The northbound lanes of the Pacific Highway remained closed for a significant period of time, with a contraflow that was put in place in one of the two southbound lanes.

Port Stephens-Hunter Police District Detective Superintendent Chad Gillies told News Of The Area residents should be careful on the roads given the current weather.

“We have already seen a number of serious and serious motor vehicle collisions this week in our region.

“A lot of wet weather is expected over the next few weeks so take care on our roads; obey the rules, drive in the conditions and have a safe week,” Superintendent Gillies said.

Hawks Nest local Gordon Grainger says the crash is another devastating loss to the community, but hopes future crashes will be prevented with $750,000 in funding announced this week to improve safety at the Myall intersection. Way / Pacific Highway.

“The funding will include adding warning lights to the northbound lane, which we have been waving through the South Area Reference Group for many years, and clearing the area to make it much safer for the crossing,” Gordon said. .

20 hours ago Winston B. Meadows