A Saanich police vehicle was involved in a collision with an SUV on Blanshard Street.

Saanich Police said Blanshard Street (south) at Ravine Way is closed due to the incident.

Traffic is being diverted to Pat Bay Highway and McKenzie Avenue.

Stuart says the cause has not yet been determined and crash reconstruction experts are on the scene.

No one was injured in the accident, according to Stuart.

Rob Charlton tells CHEK News he was in the Tim Hortons and heard sirens and then a big crash when the two vehicles collided.

He says he spoke with the woman driving the SUV who said she didn’t hear the sirens. She told him she wondered why people were stopped, then continued through the intersection because she had a green light.

Charlton says there were no passengers in the SUV, just the driver.

This is a developing story. More details will be provided when available. 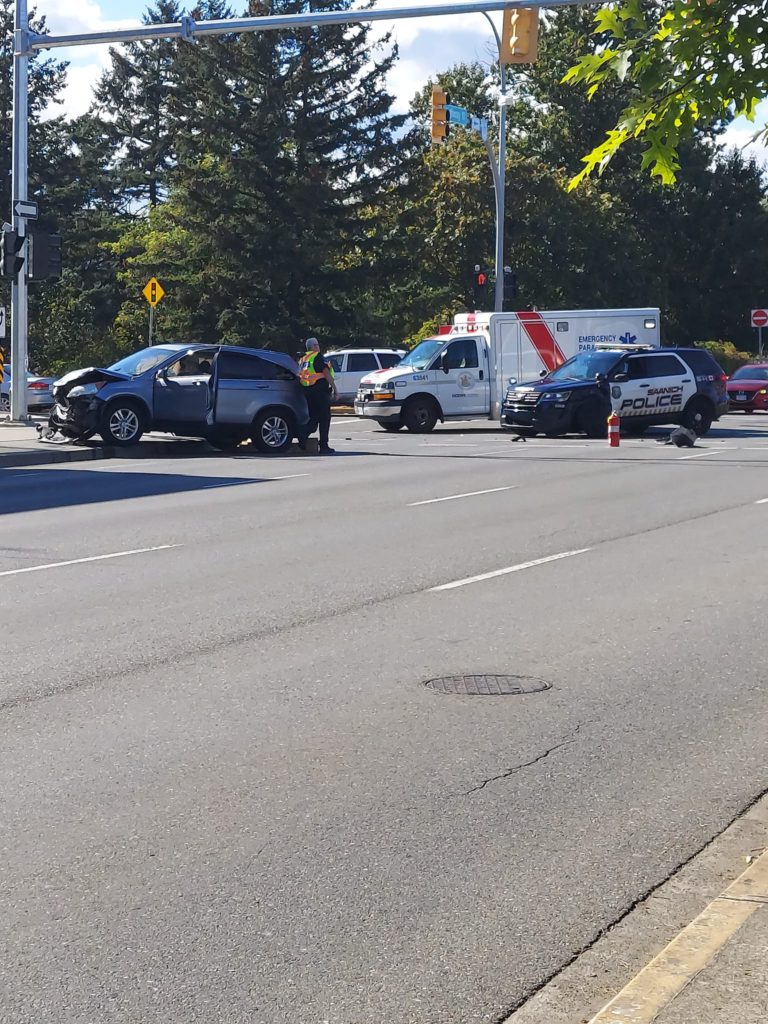 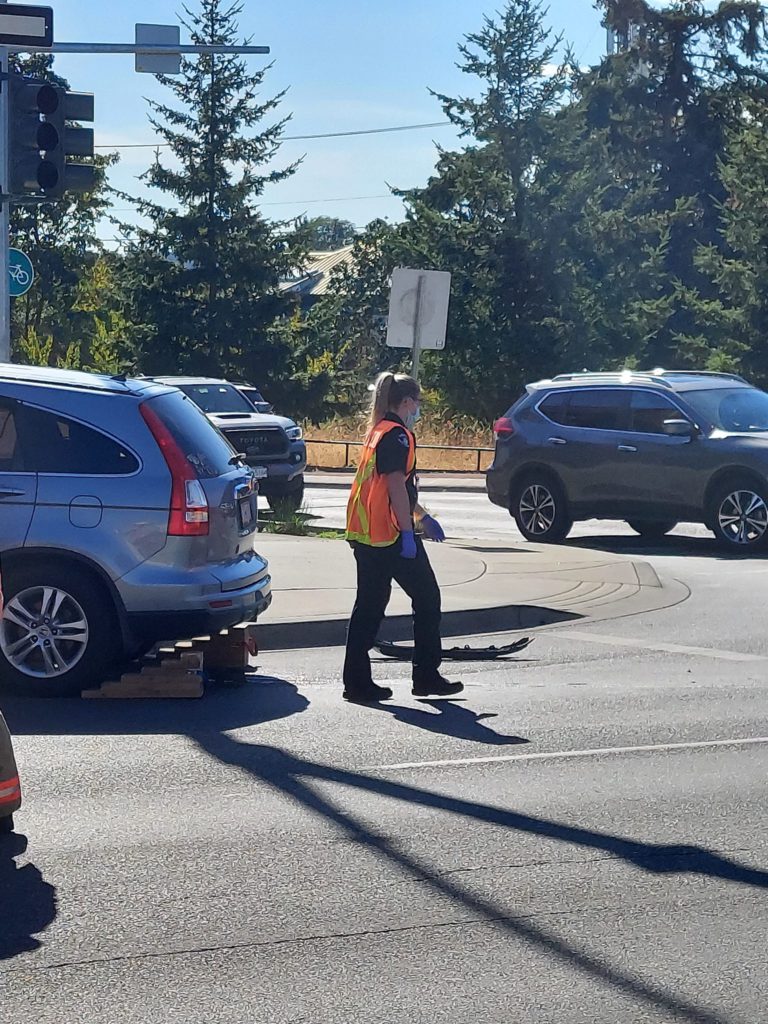