Scanner traffic beginning around 7:15 p.m. indicates a two-vehicle traffic accident on the 101 Freeway near Leggett resulted in multiple injuries and a possible amputation.

The Incident Commander reports that a vehicle is off the road on its roof and a vehicle has come to rest in the roadway blocking both lanes. In the overturned vehicle, there would be a patient requiring extrication and a female underage with a partial right leg amputation.

The exact location of the incident was described at Mile 95.7.

UPDATE 7:45 p.m.: The incident commander reported that all the patients had been extracted from the vehicle and that they were working on “packing” them for transport.

UPDATE 7:54 p.m..: Traffic north of Leggett in the Riverdale area is at a standstill.

UPDATE 7:57 p.m.: Reach heads to Redding with a patient. Another patient is being transported by land ambulance and a third patient is still being prepared for transport.

UPDATE 10:19 p.m.: The video and photos below are from local resident Renee Selix who was stuck in traffic after the horrific incident which left a young girl and two adults seriously injured. 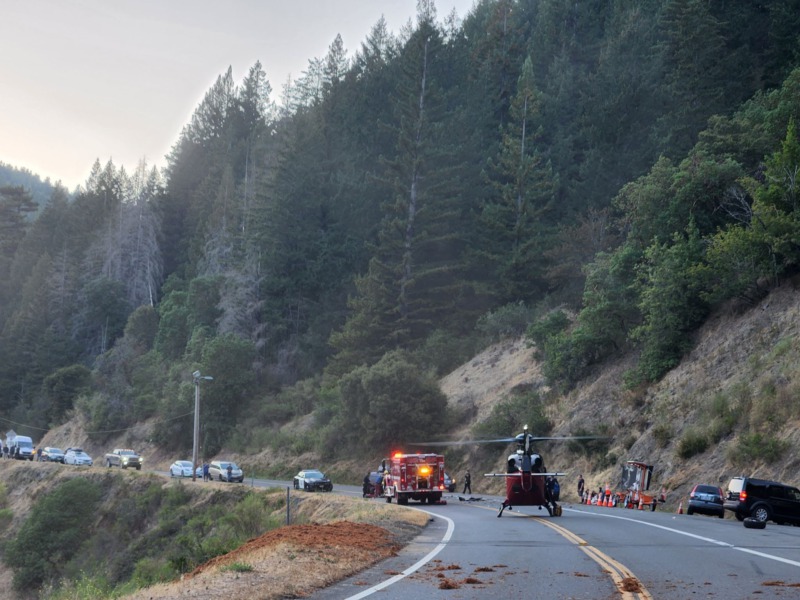 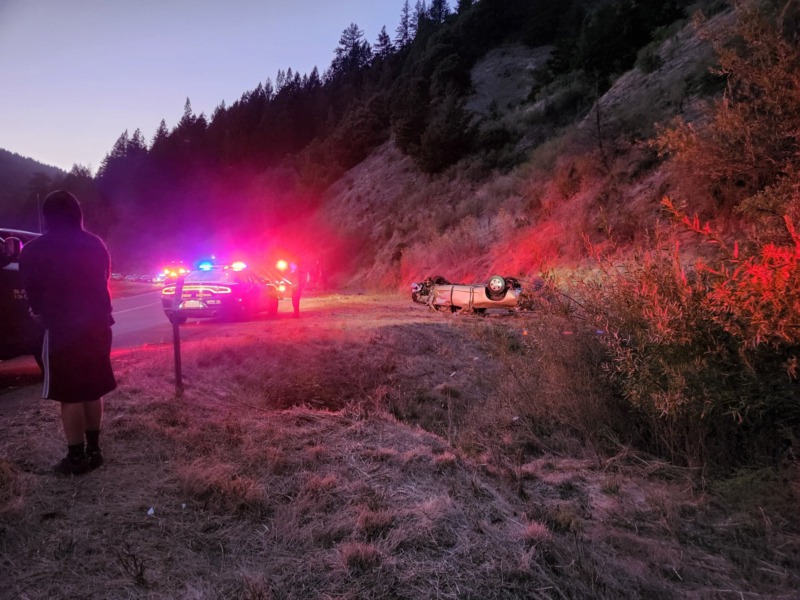